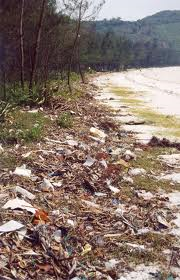 Pollution is one of the main threats to African savannah. The air can be polluted by smoke and can exhaust fumes. If the air does get polluted, animals will find it increasingly hard to breath and since they can’t migrate out of the country they will eventually die out. Carbon dioxide (CO2) increases the heat of the biome, if too much carbon dioxide gets into the air the animals that have adapted to the grasslands may have to adapt again to fit into an almost desert-like biome.

Most of the water that is in the savannah today contains many chemicals, as it has been through polluted areas with starving people and large factories. All animals have to have water, if the water is polluted the chemicals will pollute the animal’s body and then the animal will die out.

Humans are unknowingly polluting the Earth by leaving their trash around, leaving behind plastic bags into the ocean, using too many vehicles for transport and factories are burning way too many fossil fuels.

We could immediately take action by firstly picking up after ourselves while putting it in the bin. Carpooling with others or taking public transportation and raising awareness around the world recycling and reusing items appropriately.

We have tried to make public transportation more available but its cost is just too much money for the government to pay. The taxes we pay do go for those issues but there is not enough money or jobs to create more transportation.

I personally think that the best solution to reduce pollution in the Savannah is to raise awareness and educate others. Therefore, people would start to care about the environment we live in rather leaving this issue to other people to solve.